Special 5% Discount Available if you Live Local to the San Francisco Area!

As a San Francisco local, trust our professional resume writers to help you develop a powerful resume. 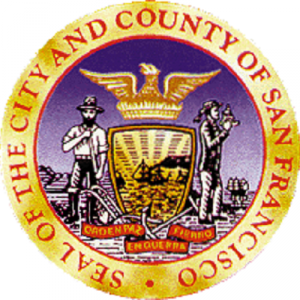 San Francisco is a popular international tourist destination renowned for its beauty, cosmopolitan flair, steep rolling hills, and eclectic mix of Victorian and modern architecture. The city is surrounded by water on three sides and has many famous landmarks, such as the Golden Gate Bridge, Alcatraz Island, Palace of Fine Arts, the cable cars and streetcars, Coit Tower, and Chinatown. San Francisco is well known for its diverse population and communities. The community the most densely populated major city in California and is the second most densely populated major city in the United States, only after New York City. It is the only consolidated city-county in the state of California. San Francisco is also home to some of the largest social media, technology, and Bio-Tech industries in the world. While having a strong local economy, the municipality ranks as one of the most expensive cities in the United States from a cost of living perspective.

Situated in San Francisco County, with a population of 852,469, the City of San Francisco is a unique as one of California’s Largest Municipalities (Ranked 4 in size).

The economy for San Francisco is expected to show a Projected 5-Year Growth Rate of 10%. It is also fairly educated with 88% having earned a high school diploma and 54.2% of residents having earned a Bachelor or Higher. All helping to make the city one of the state’s most competitive markets for job seekers. San Francisco Chamber of Commerce.

With consideration of the size, market and diversity of San Francisco, it is more important than ever to have a resume writing service with professional resume writer craft a resume that helps you stand apart from others in the job market.

The premier resume writers and writing experts for professional and technical industries in San Francisco.

On average, in our experience, you have just 9 seconds to make an initial impression. Decisions happen that fast. Only a custom produced resume, exclusive to you and crafted to “catch an eye” by a Sequence expert knowledgeable of the distinct demands of your industry will enable you to make that impression.  Gaining this competitive advantage over others in today’s San Francisco area job market is something individuals turn uniquely to Sequence for again and again.

Because of our collaboration with these trade organizations, we have become trusted experts and consultants providing an array of career planning and resume writing services. Our expertise in these key industry sectors is widely recognized and sought after because we understand the fields inside and out. Beyond resume preparation, our professional resume writing services are unique because we know specifically what employers in San Francisco are looking for and how best to market your resume and get it moved to the top of the pile.

Producing a resume and professional profile for San Francisco locals that successfully moves you through these perilous channels and elevates you to consideration or an interview requires a special effort, keen skills and adaptability. At Sequence, we understand ATS systems, absorption, keywords, and various applications and have the expert know-how to produce personal brand marketing materials that get you noticed. In addition to profession and executive resume writing services, we are experts at writing custom LinkedIN and Social Media profiles that go beyond paper into digital- one of the reasons we are noted as the best resume writing service by our satisfied customers.

We know and understand what employers are looking for in a job candidate. It’s why our products and online resume writing services are geared towards garnering the attention of employers and can significantly increase your brand awareness in the San Francisco job marketplace.

Sequence Resumes’ parent company, Sequence Staffing, is the premier executive recruitment firm committed to providing employment solutions for the core enterprises responsible for planning, building and maintaining our communities, infrastructure, natural resources, and environment throughout the United States and around the world. We interact daily with some of the most well-known and respected employers throughout the U.S. and around the world. Unlike other local resume companies, we know and understand what employers are looking for in a job candidate when creating a resume. It’s why our products and online resume writing services are geared towards garnering the attention of employers and can significantly increase your brand awareness in the job marketplace. Our industry specific experts and resume writers will personally work with you directly to develop the most powerful, comprehensive resume package that will highlight your knowledge, skills, experience, education and training, and key characteristics and attributes that clearly demonstrate to employers how you are the best match to the opportunity. As a San Francisco local, discover why our resume writing services and professional resumes writers can create the most compelling and best resume to empower you in your career.